What is the impact of orientation on daylight availability? (Competition Winner) 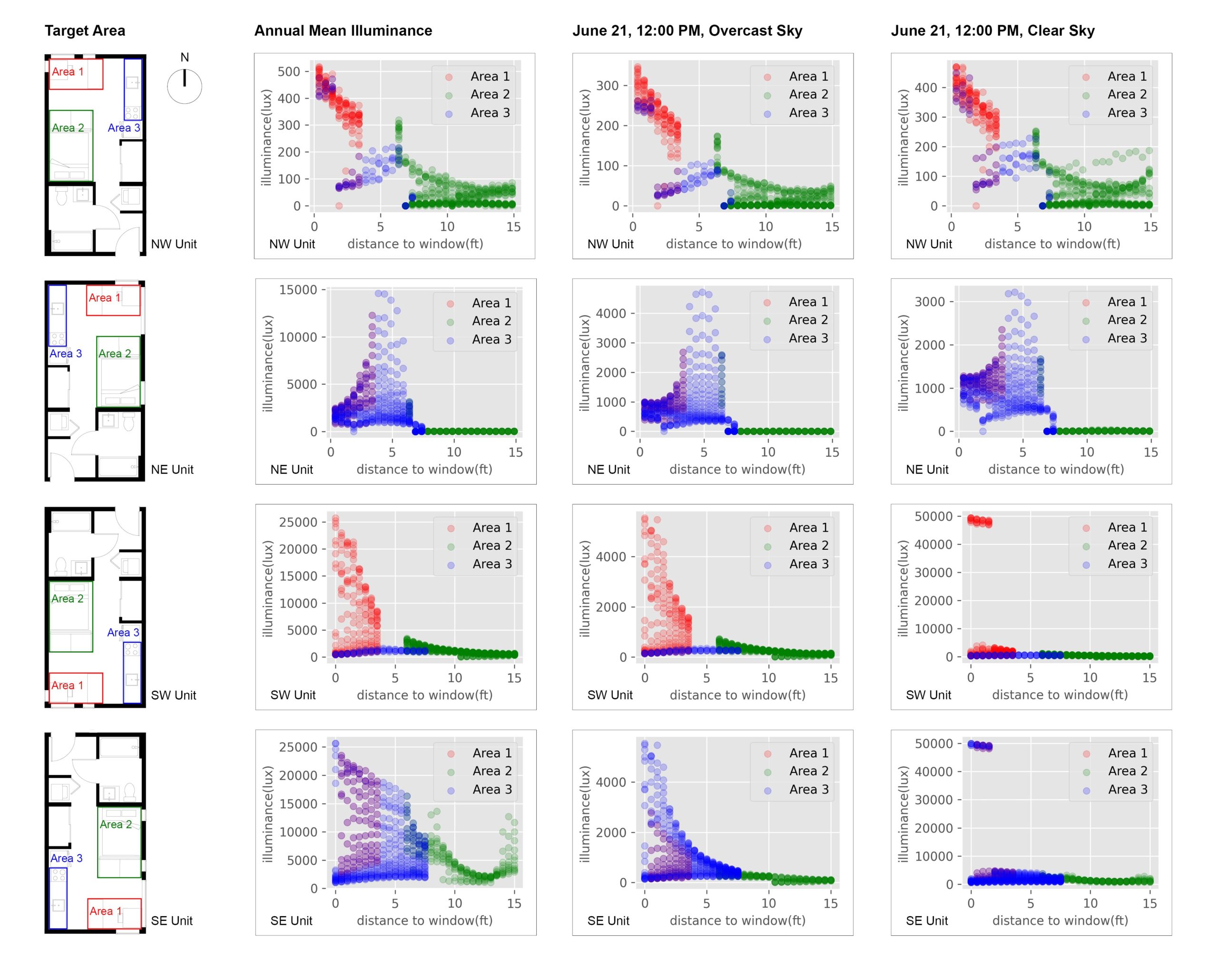 This graphic shows daylight analysis of four multi-dwelling units in Seattle. In the left part, the four living units have the same floor configuration but different orientations. The study highlighted three target areas (workstations, living areas, and kitchen counters); annual and point-in-time Illuminance are used as simulation scenarios. The scatterplots set distance to window (ft) as x-axis and illuminance value (lux) as y-axis.

Daylighting and Glare with Side Lighting