What is the impact of orientation on daylight performance and irradiation on the façade? (Competition Winner) 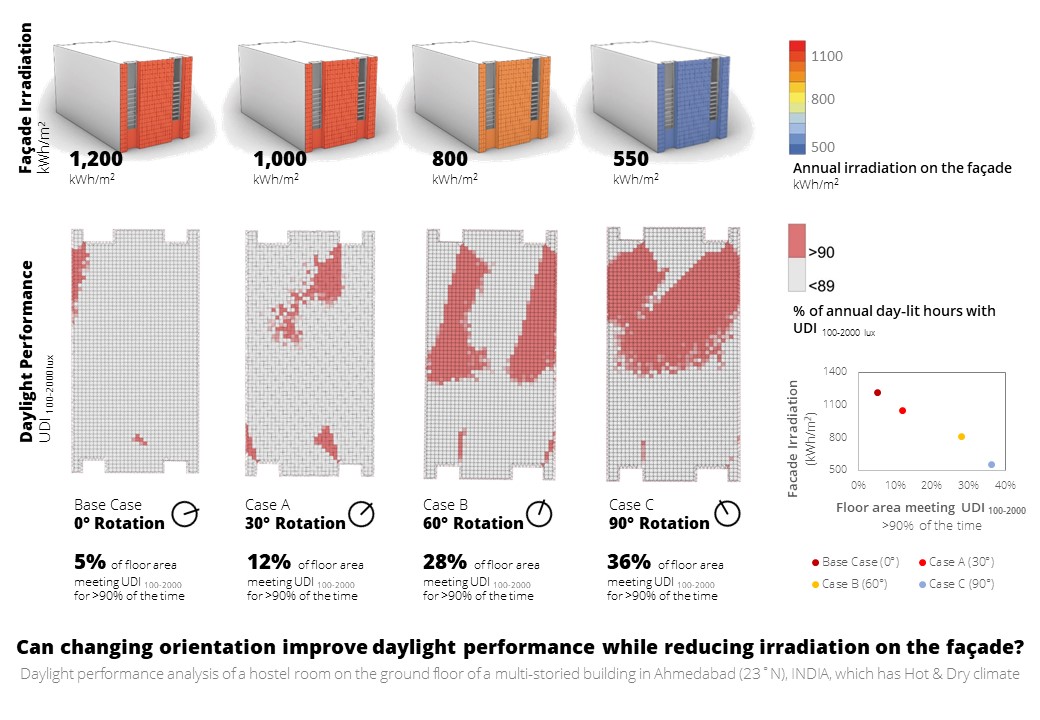 The graphic attempts to show the relationship between daylight performance and the irradiation on the façade. Change in orientation was found to impact both of these performance measures in a desirable manner and thus appears like a conducive design strategy in the given climate.

A clear relationship was found between the daylight performance and irradiation of the façade and is easily understood as there is a clear linear arrangement of data. This exploration was to understand the potential conflict in trying to avoid direct solar radiation as much as possible in a hot and dry climate but also maintain minimum acceptable daylight levels.

This analysis was done as a part of the classroom exercise under master's in Building Energy Performance at CEPT University, Ahmedabad, India, under the guidance of Professor Minu Agarwal Ph.D. in conjunction with alumni Mili Jain.

Daylighting and Glare with Side Lighting