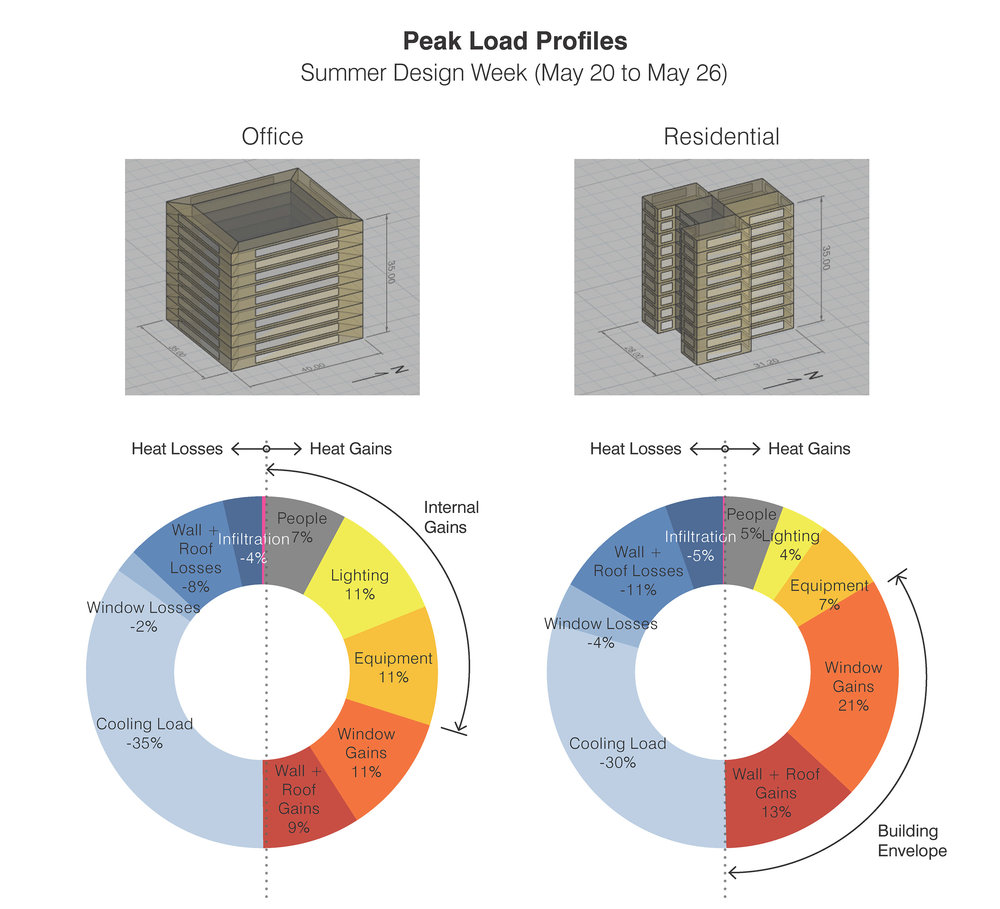 Graphic Name: What is the impact of building type and form on the different heat gains and losses for an extreme summer week?

Other contributors or acknowledgements: NA

What tools did you use to create the graphic? EnergyPlus. Grasshopper ArchSim, Excel, Adobe InDesign

What kind of graphic is this? Donut Pie Charts

This graphic shows a breakdown of energy loads for two building types for an extreme summer week in the climate of San Luis Potosí, Mexico. The size of each segment of the donut chart represents the relative significance of a given energy load. Heat gains are represented in greys, reds, and yellows on the right of the chart, and heat losses are shown as shades of blue on the left of the chart.

I ran an energy simulation using Archsim on basic Rhino geometry. Using Excel, I processed the .csv output data into a donut chart using Excel, and assigned colors and fonts in that tool for the various energy load components. I further annotated the graphic in InDesign, and accompanied the chart with Rhino screenshots to make the relationship to base building geometry.

I was interested in developing a visual way to communicate what energy conservation measures were the highest priority for a given building type in this climate.

Because this was part of an environmental analysis for a large master plan project in a hot climate, the graphic was one of the earlier analysis to set the stage for subsequent energy studies, such as the effect of solar orientation and glazing ratios on cooling load.

I think this one graphic successfully combines both the energy balance of a building (gains and losses equal on both sides of a graph) along with the relative sizes of different loads.

Sometimes it’s difficult to squeeze in text labels directly on top of graph elements, so I might try using a legend next time.